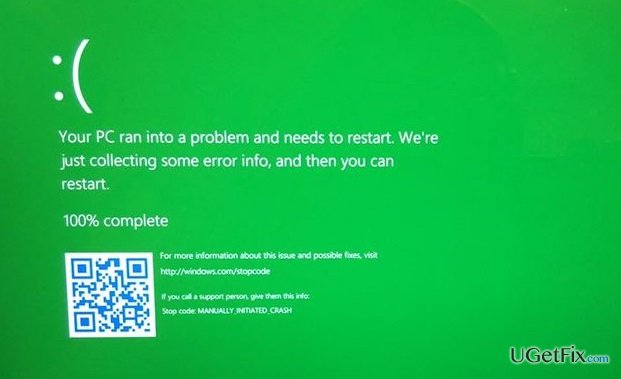 Lots of tweets and rumors related to the leaked Windows 10 build 14997 are circulating around the Internet forums and social networks up to now. Indeed, there comes a significant number of new features and innovations, including blue light settings, Xbox gaming mode, Cortana‘s enabling during the initial PC setup, Microsoft Edge tab changes, app folders, and much more. All these mentioned features have been explicitly indicated and discussed soon after the Windows 10 build 14997 leaked. Nevertheless, The Senior Program Manager of the Microsoft, Matthijs Hoekstra, has decided to increase people‘s curiosity by sharing a post on Twitter, which says:

Cool to read all the new features people discover in the leaked builds, but they missed a big change! Huge change!. curious when its found.

While it‘s not clear why Microsoft has decided to make the stop error screen green, it has been officially confirmed that the new color scheme will be applied for Windows 10 Insider builds only. The Windows 10 Production will feature the infamous Blue Screen of Death (BSOD), and Microsoft is not planning to change it, at least not now. The reason for this color switch is simple – to distinguish the issues that occur on Insider and Production versions. The common practice shows that many people are sharing their experience about stop errors on Microsoft forum or other IT discussion forums, but they often forget to mention the type of OS they are running and other important system specificities. That‘s why it‘s difficult for Microsoft engineers to set the priorities of customers and their issues. Therefore, if you have installed a Windows 10 build 14997 or 15002, you may experience the new Green Screen of Death (GSOD), don‘t forget to report about it on Microsoft‘s forum, include a screenshot, and provide some Windows 10 specificities that you find necessary for the error‘s investigation.