Delayed due to a bug, Windows 10 April 2018 Update is finally here

Do not call it Spring Creators Update, Microsoft asks 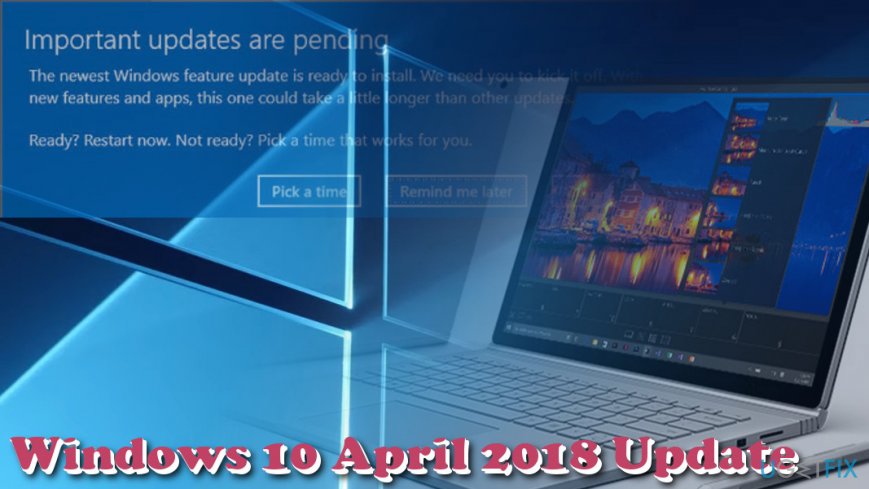 As soon as Microsoft announced a planned release of another Windows 10 build, people believed it to be Windows 10 Spring Creators Update. Such presumptions are self-understanding judging from the previous version called Fall Creators Update.[1]

However, after more than a year of silence, the company officially rolled out the update asking not to call it Spring Creators Update. It's named formally is Windows 10 April 2018 and should be this way.

Known worldwide as Spring Creators Update, the Microsoft Windows 10 version 1803 has been long-awaited and should be launched on April 10. However, it did not slide into the daylight up until now. Microsoft was quick to explain the reason – a blocking bug in usability or security (not specified).[2]

The company prefers the silent position this time and does not give way any details on the date when people can expect to receive Windows 10 Spring Creators Update, as well as the specifisities on the bug.

Nonetheless, the bug seems to be impactful enough to restrain the company from releasing the Redstone 4 before the fix is being released. Since it's the third week is passing counting since April 10, the community expects the update to be rolled out soon.

What Microsoft did announce is the fact that the Windows 10 v1803, codenamed Redstone 4, is expected to be released at the end of March or beginning of April. Thus, a specific day hasn't been indicated.

In fact, the April 10 has been treated as a due day of the Windows 10 v1803 internally, i.e., among Windows employees. Since such information leaked, various sources started reporting that the April's Patch Tuesday is going to coincide with the release of the latest version. However, Microsoft did not approve that, which is why it's not feeling as being behind schedule.

Despite being a little bit late, the so-called Spring Creators Update, Redstone 4 or version 1083 has been finally released. Starting today, April 30, 2018,[3] Windows 10 users should start receiving free upgrade offers, so be prepared.

The update has been developed for more than a year and is expected to be one of most stable updates witnessed by Microsoft Community. It's more like a stability update that feature, which is excellent in perspective of the current Windows 10 users. Since the release of Windows 10 Fall Creators Update, people keep reporting bugs and errors, including BSOD, crashes, pop-up alerts, DNS, permission, activation, boot, and similar problems.[4]

Nevertheless, it will also bring a bunch of new features, including but not limited to HDR Support, Timeline, Focus Assist, Dictation, Microsoft Edge, Nearby Sharing, and many more.

The Windows 10 April 2018 will be rolled out in stages

Most probably Windows users already got accustomed to Microsoft's rules, i.e., automatic installation of major updates included. As for the Windows 10 April 2018, no differences regarding dissemination have been initiated.

The update rolls out in stages. The first phase, which appeals to the users of the newer Windows 10 devices, having no compatibility or memory issues. The first phase has already started today, on April 30, 2018, so don't suspect it to be a scam.[5]

The genuine Windows 10 April 2018 offer shows up at the right-side of the desktop in the form of a pop-up window. It contains an option allowing to postpone the update, schedule the time for the update or cancel it.

It's expected that the application of Windows 10 April 2018 update will last for about two months, i.e., April and May. If you don‘t receive the update, you can always go to Settings -> Update & Security and click Check for Updates. This option can accelerate the reception of the Windows 10 Spring Creators Update.