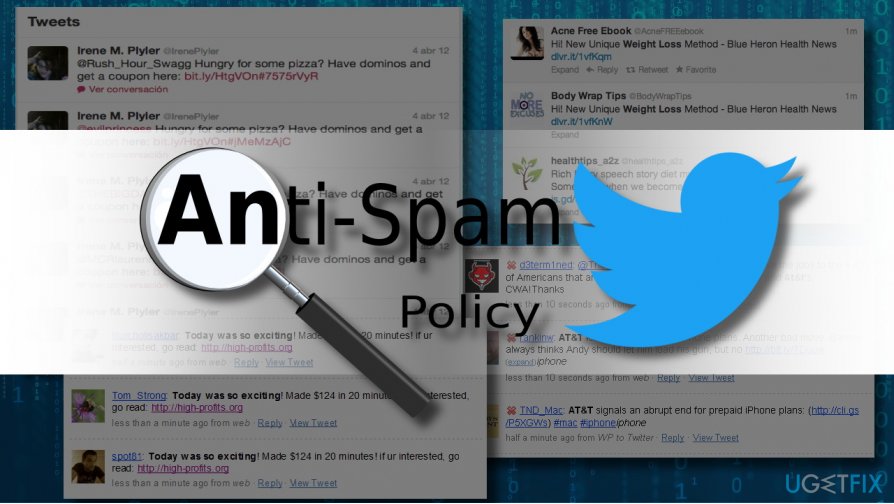 Twitter has always been inclined to anti-spam campaigns. However, the company notably strengthened the forces after the massive propaganda scandal when more than 700 000 Twitter users were exposed to the propaganda spread on the 50,000 accounts linked to Russian-backed organizations.[1] This Twitter's spam bot is said to have affected the results of the 2016 US Presidential Election being held in January. Another recent scam attack initiated on Twitter is known as Oscar bot campaign,[2] which targeted celebrity accounts who tweeted about Academy Awards 2018.

Eventually, Twitter's team got to the end of the hall and announced the new spam prevention, which will start being implemented since March 23, 2018. The company aims to stop the ability for apps to control multiple accounts, causing the emergence of “substantially similar content”[3] across multiple platforms and decreasing the reliability of the Tweets.

TweetDeck[4] is a social media management tool, which is extremely widely used by business people to help them manage their social web presence. It is most useful for those who manage multiple accounts due to quick access and easy-to-update feature.

TweetDeck is one of the most popular social media management tools on the web people and businesses use to manage their social web presence. If you manage multiple It isn’t always easy to update multiple social networking profiles frequently, TweetDeck can help.

Although the principle of popular TweetDeck tool will remain the same after the March 23, the platform will experience some fundamental changes. For instance, people will not be allowed to tweet the “identical or substantially similar” from all accounts at the same time, as well as liking, retweeting, and following across multiple accounts options will be removed.

Thousands of Twitter accounts have already been suspended for mass-retweeting

The company has officially admitted that multiple accounts have already been banned[5] applying the new spam prevention mode. Accounts, including but not limited to @dory, @girlposts, and @ginah did not conform to the new policy and had to be banned immediately. Some of them had hundreds of thousands or even millions of followers. However, most of them were caught red-handed for mass-retweeting, while the others found guilty of copying and stealing tweets, which is not allowed.

“These changes are an important step in ensuring we stay ahead of malicious activity targeting the crucial conversations taking place on Twitter—including elections in the United States and around the world,” stated Yoel Roth, API Policy and Product Trust at Twitter.

Some pieces of Twitter's advice for developers

By March 23, when the new spambot prevention policy will be rolled out, Twitter's users, especially those having multiple accounts gives a couple of tips to prevent their accounts from being banned:

In a nutshell, although the changes that Twitter will soon initiate “will affect publishers who rely on third-party tools to schedule the same or similar tweets to numerous accounts at once saving both time and effort,” the company expects the number of spam attacks and misinformation will significantly decrease. Besides, the developers believe that the reliability of Twitter's feeds will increase.