Uncontrolled data collection online leads to the rise of VPNs

The popularity of VPNs is increasingly growing 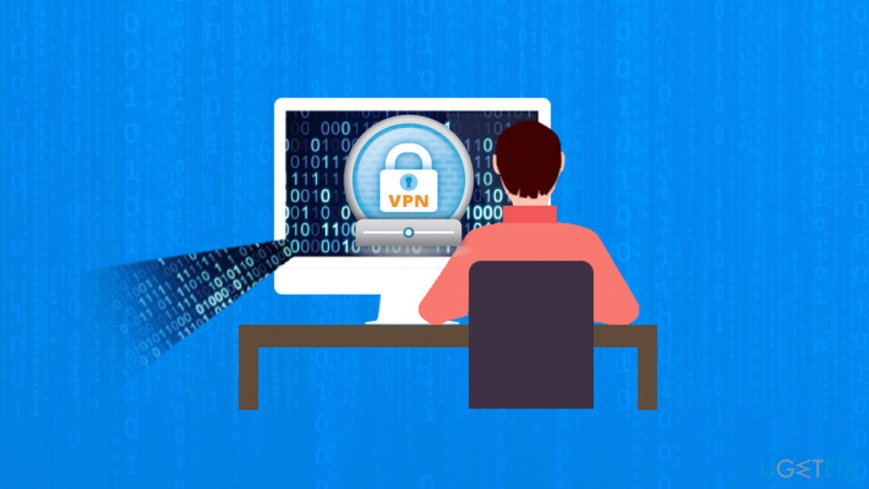 VPN is an abbreviation of Virtual Private Network.[1] If you are not familiar with the term, then apparently you are not yet worried about the security of your privacy on the Internet. The VPN is a technique or a type of network (discrete), which allows individual PC users and corporations to secure and encrypt their communication, especially when using an untrusted public network.

While a couple of years only 5% of active Internet users knew what the VPN refers to, the analysis of the Global Web Index[2] revealed that in 2016, 3 out of 10 people were using VPN to access the Internet. The increasing VPN's usage popularity has been registered in 2017 as well. It has been estimated that more than 25% of Internet users are relying on the private network on a daily basis, especially when connecting to the internet via public networks and hotspots.

According to the stats provided by VPNmentor,[3] Indonesian (41%) and Thai (39%) PC users are most likely to access the Internet via VPN. Saudi Arabia, UAE, Brazil, Turkey, Vietnam, Taiwan, India, Malaysia are included in the statistics as active VPN service users.

British community has also been examined regarding VPN usage. In 2017, 16% or British adults used the Virtual Private Network or Proxy Server. 48% of them adopted it to disguise geolocation, which is usually obtained by websites by default, hide their identity, and minimize the risk of cyber attacks.

Online privacy issues are real, and they are gathering momentum as we are stepping into 2018. Massive data breaches,[4] e-commerce involved in illicit activities, sales of credit card numbers for the funny price, identities bought on the black market. That's just a tip of an iceberg of the online criminal worlds that we are allowed to see.

Almost every website uses cookies to track, analyze, share, sell or do whatever they want with the data about their visitors. Even Internet Service Providers (ISPs) let themselves collect some pieces of user's data.

While most of the users keep thinking that it's cybercriminals who seek for data and, therefore, plan malware attacks, private organizations, governmental institutions (probably the most known is National Security Agency based in the USA) and even internet service providers (ISPs) adopted data-snatching globally. Thus, users’ personal information is at risk more than ever before.

The privacy of the Internet users is regulated by a multitude of laws, including Electronic Communications Privacy Act (ECPA), Computer Fraud And Abuse Act (CFAA), Cyber Intelligence Sharing And Protection Act (CISPA), Children’s Online Privacy Protection Act (COPPA), and many others.[5]

Nevertheless, the question whether all the mentioned regulations are working is open. In fact, these laws a broken every day. As an example, the outrage expressed in US last year when the House of Representatives voted to repeal an Obama-era law that demanded ISPs have permission to share personal information – including location data.[6] As pointed out by Evan Greer, one of the opposition members then claimed:

Today Congress proved once again that they care more about the wishes of the corporations that fund their campaigns than they do about the safety and security of their constituents.

Thus, even though privacy regulation laws are and will be released every day, they are not very likely to be changed in favor of giant companies and institutions who need people's data to draw their attention to themselves.

A powerful VPN sends online traffic through an encrypted tunnel, which hides the IP address. This does not allow organizations, ISPs, and cybercriminals to track any communication between individual's machine and remote servers. Thus, search queries, banking, and other information remains anonymous.

Nevertheless, VPN might sometimes fail to deliver data through its secure networks. To ensure that the VPN won't reveal your data under any circumstances, it's paramount to check whether VPN keeps logs of user activity. This will grant that the service provider will not expose user's data even if they are served with a warrant or subpoena. Such information can be found in company's Terms of Service under logging and data disclosure section.

By the way, more often than not, paid VPNs are more reliable. We are not talking about free trial version here, but an entirely free VPN service can also be involved in some data collection or may not have the resources actually to offer the security features it claims.

Even VPNs might have some flaws; it's better to use one. Not only it protects users from information leak but also enables them to bypass geo-restrictions. Some of the content might be not available in certain countries due to, for eg., licensing or censoring issues.

The VPN also serves a useful purpose in letting people in third world countries to have freedom of speech. Evidently, in some areas, individuals might be even executed if they criticize any aspect of the governmental policies.

The other side of VPNs

Indeed, VPNs are useful, and the bulk of users are oriented to securing their privacy online. Nevertheless, cybercriminals may also use the service for hiding their online identity while trolling other Internet users or engaging in illicit activities.
For instance, a cybercrook located in Vietnam could pretend to live in the US or any other country to reach higher commission payouts in more affluent countries. Therefore, experts, on the other side, claim that only 1% VPN rates are acceptable and have legitimate reasons.

Nevertheless, further growth of VPN popularity is expected and is not surprising us. As long as tech giants along with law enforcement are not going to put more effort to protect people from identity thefts, data leakage, and similar privacy issues online, netizens will do everything they can not to expose their details to cyber crooks.