Since the official introduction of Windows 10 Anniversary Update in August, occasional Windows 10 bugs and errors are already no big news. However, the recent problem causes great irritation for the virtual community. Netizens have complained of constantly interrupted Internet connection or inability to access the Web. It seems that the problem occurs when users attempt to connect to Wi-Fi. At the moment, it is unknown which update has caused such occurrence. Microsoft is already aware of the issue. Until the patch is released, users have to find their workaround to deal with the problem.

Netizens residing in the United Kingdom reported the issue already on the 9th of December. According to them, they started encountering the problems after switching from Windows 8 and 8.1 version. While some speculate that KB3201845 is causing the connectivity disturbance, other users claim that the phenomenon already started before the update. The recent updates did not focus much on the Internet and related matters. After Microsoft has been notified, it urged Windows OS users to reboot the system as it might fix the problem. Even if it does help, it does not resolve the entire issue, and many netizens still struggle to connect to the Internet. Additionally, the officials of the company propose an alternative solution – connect to the static IP and fix their DNS settings. 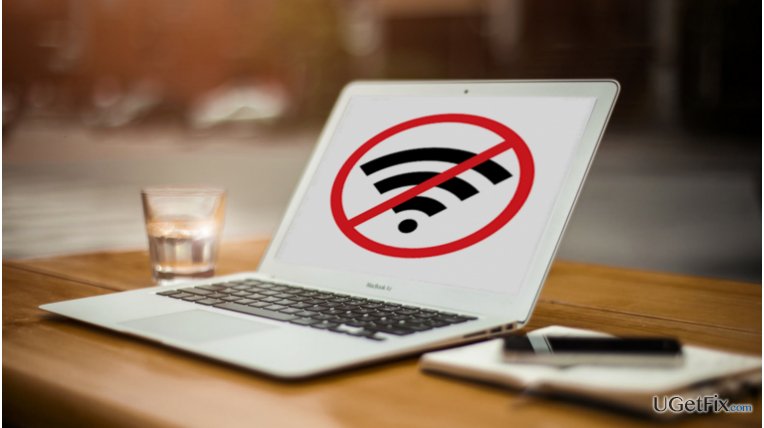 Additionally, the officials of the company propose an alternative solution – connect to the static IP and fix the DNS settings. Furthermore, users notice that that entering Command Prompt and renewing IP settings by typing ipconfig /renew solves the problem but only temporarily. In additional, taking a look at official Microsoft web page – https://support.microsoft.com/help/10741/windows-10-fix-network-connection-issues – might be useful. Lastly, there is also an option of a clean install of the entire system. Broken or no Internet connection at all is certainly not a minor flaw which can be ignored. Likewise, Microsoft is expected to release the patch to solve the problem in the near future. Until then, temporal solutions such as renewal of IP address and update of network adapter driver might ease your frustration.

Jake Doe is the news editor at UGetFix. Since he met Ugnius Kiguolis in 2003, they both launched several projects that spread awareness about cybercrimes, malware, and other computer-related problems.

What you can add more about the problem: "Another Windows 10 error: users report having Internet connectivity problems" Cancel reply