How to remove “Firefox requires a manual update” pop-up?

Issue: How to remove “Firefox requires a manual update” pop-up?

Hi, all. Could you please tell me how to disable forced Mozilla Firefox update prompts? I keep getting a message that says “Firefox requires a manual update.” I have updated it once, but the pop-up did not stop from being generated. Thanks!

“Firefox requires a manual update” is NOT a genuine update request generated by Mozilla Firefox[1] web browser. This alert is a rogue or scam, which aims at tricking less experienced PC users into revealing their login details and installing shady third-party programs.

Naturally, the “Firefox requires a manual update” alert shows up on Mozilla Firefox web browser exceptionally, but you may get similar pop-ups with modified textual information on Chrome, IE or Edge. This scam pretends to be an official request generated by Mozilla Firefox support team. It says “Firefox requires a manual update” and has an Install Now[2] button. To convince people that the update is a must, such persuasive claims are provided:

If the user clicks on the Install Now button, the “Firefox requires a manual update” pop-up throws an Authentication Request, which asks for User Name and Password. Please, DO NOT enter your credentials as they may be transmitted to cyber criminals and used for fraudulent activities. 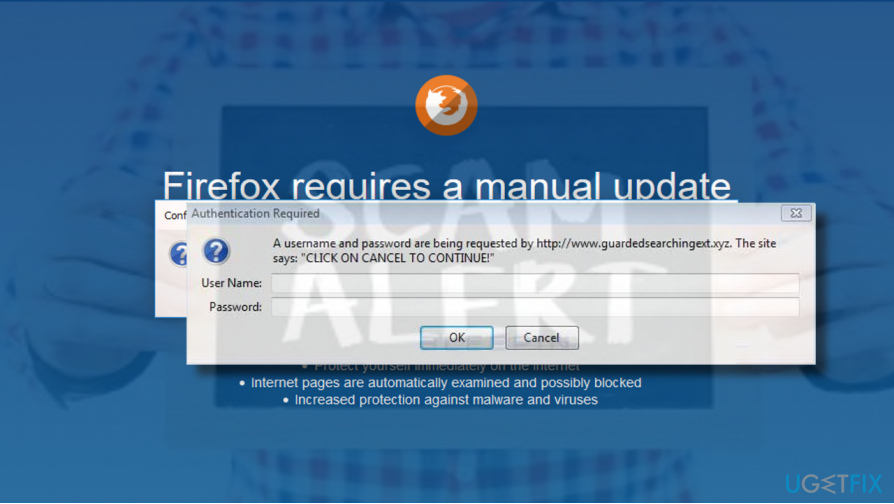 Usually, Firefox starts generating this rogue update request pop-up when the user installs an adware[3] program to the PC. Adware can’t get to the system without PC user’s approval, but usually they are installed as “invisible” freeware attachments. Additionally, the user may come across the “Firefox requires a manual update” pop-up after being redirected to infected web domains.

If “Firefox requires a manual update” pop-up is one-time case, then you should simply close the domain that you are currently seeing and prevent from visiting it again. If Mozilla Firefox got frozen, then you should press Ctrl + Alt + Del, open Processes tab on Task Manager. Then find Mozilla Firefox, click on its entry, and select End Task. 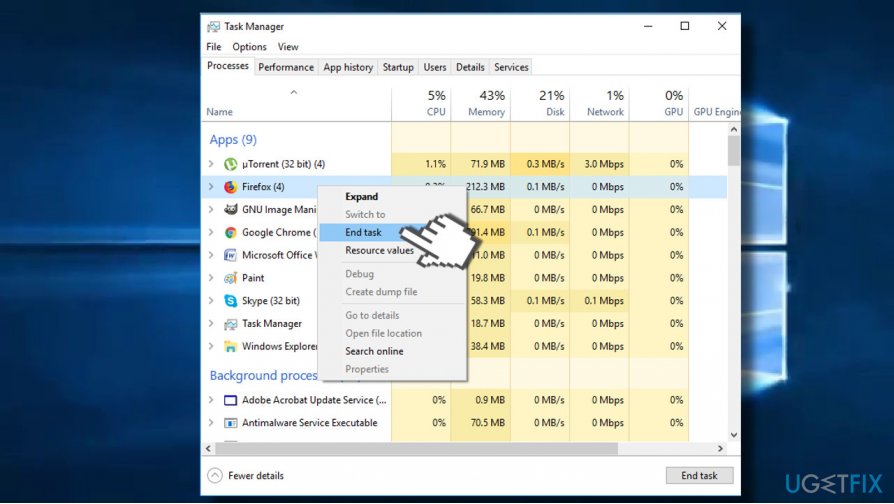 If you keep receiving “Firefox requires a manual update” and similar scam alerts, then you should immediately check the system for malware. Most probably an adware got installed on the system and injected a potentially unwanted browser add-on.

To uninstall “Firefox requires a manual update” adware, you can either install Reimage and run a scan with it or perform the following steps: 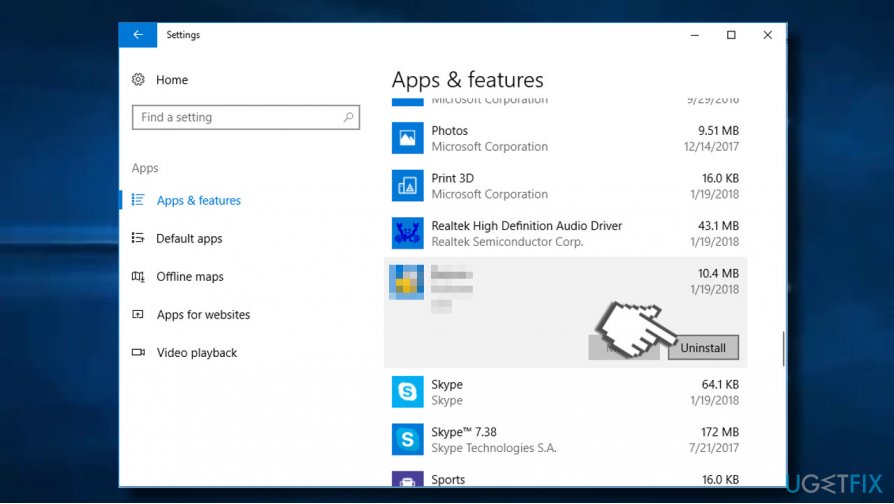 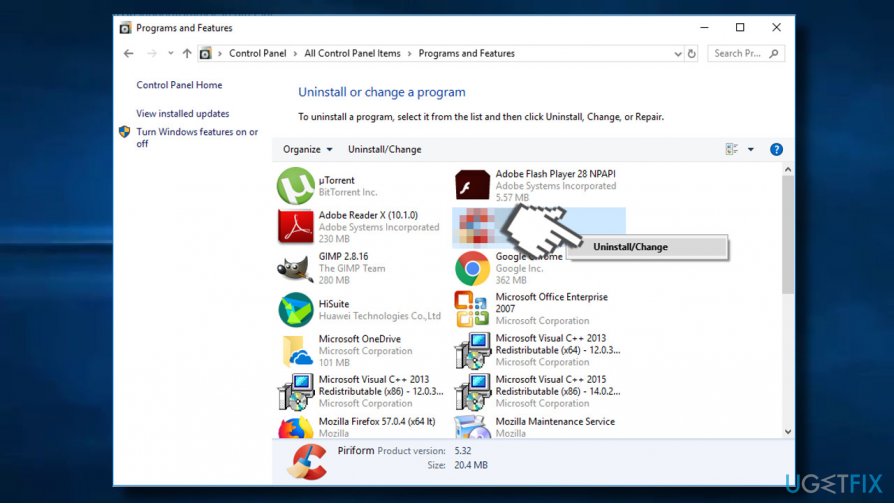 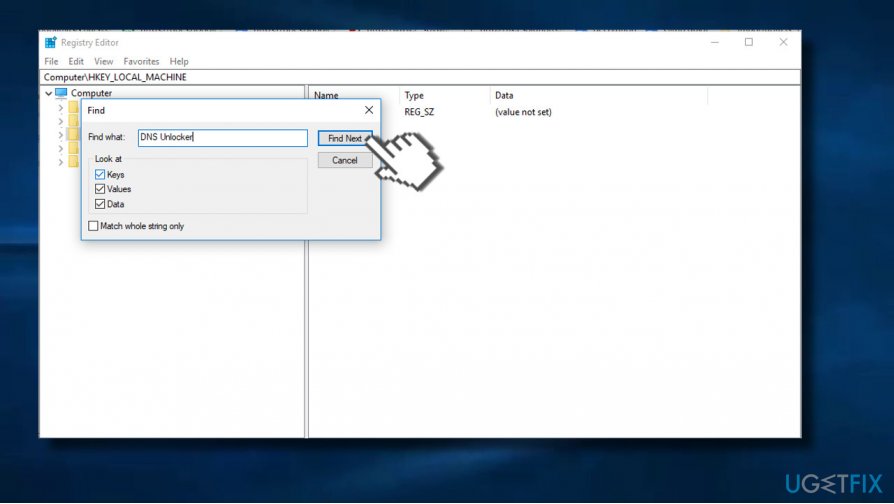 By performing these steps you'll eliminate an adware that triggers “Firefox requires a manual update” prompt. However, Mozilla Firefox most probably contains an add-on, which, unless removed, will keep showing a rogue alert, causing redirects, and displaying suspicious ads. To eliminate all components of the adware, we would strongly recommend resetting Mozilla Firefox:

You can uninstall this program with the help of the step-by-step guide presented to you by ugetfix.com experts. To save your time, we have also selected tools that will help you carry out this task automatically. If you are in a hurry or if you feel that you are not experienced enough to uninstall the program by your own, feel free to use these solutions:

Alice Woods is a security expert who specializes in cyber threat investigation and analysis. Her mission on Ugetfix - to share the knowledge and help users to protect their computers from malicious programs.

What you can add more about the problem: "How to remove “Firefox requires a manual update” pop-up?" Cancel reply