Prepare for the Windows 10 Spring Creators Update. Due date – the beginning of April 2018 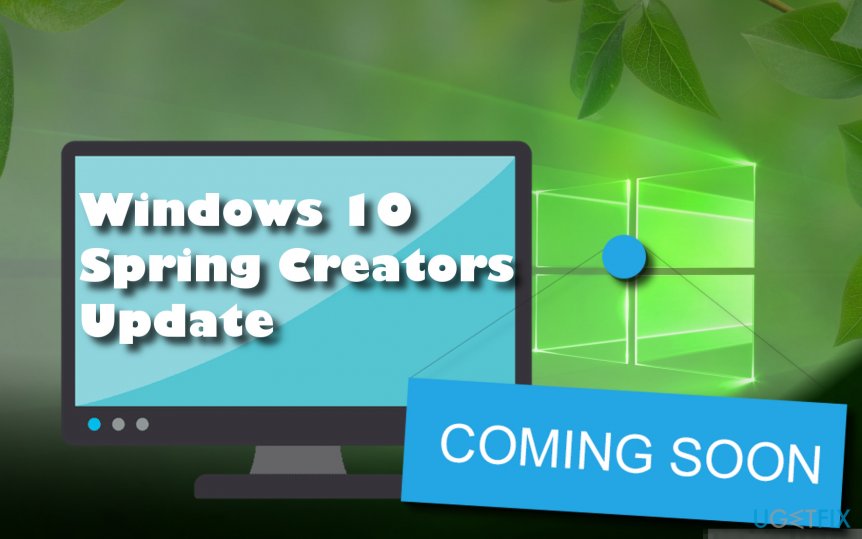 Awaited or not, Microsoft‘s Spring Creators Update[1] is yet to come in late March or beginning of April. Codenamed Redstone 4, the Spring Creators Update is the latest Windows 10 OS version 1803. The tech giant is currently working on a full swing to finalize the new build, which is expected to be rolled out to Windows Insiders by the end of next week.

Unlike previous Windows 10 builds, a.k.a. Anniversary Update and Fall Creators Update, Redstone 4 will not exhibit a multitude of the new feature. This time, developers aim at making the operating system as stable as possible.

Redstone 4 will include some noteworthy changes

Despite the fact that it‘s a stability update rather than the feature, there is a handful of notable features. Windows 10 enthusiasts point out to renewed HDR Support; Fluent Design[2] Changes a new Timeline feature as being much anticipated.

The list of improvements is not definite. You will be able to test everything by yourself soon after Spring Creators Update will be rolled out.

Windows 10 build 1803 will be rolled out in phases

Just like Anniversary update and Creatures Update, Spring Creators Update will reach home users in certain stages. Windows Insiders are the first ones to test the new features. The role of insiders is vital since they allow Microsoft to know about the bugs and shortages that can be fixed in advance.

The first rollout phase will reach newer devices with the pre-installed Windows 10 OS. It is expected that Windows 10 users will be able to upgrade within two months (within April and May).
Once your device gets the update, you will see a pop-up notification at the bottom-right corner of the screen. The pop-up will report that the Windows Feature Update is available to you. Users will be able to install the update not, schedule a time to install it or receive a reminder within few days.

If you don‘t receive the update, you can always go to Settings -> Update & Security and click Check for Updates. This option can accelerate the reception of the Windows 10 Spring Creators Update.

Tips on what to do before installing Spring Creators Update

For the update to be installed successfully, you can perform the following steps to prepare the system: