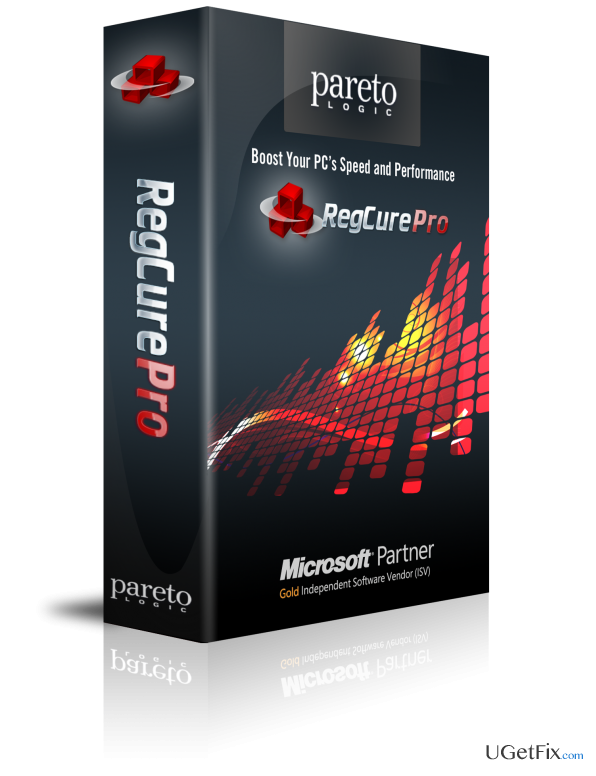 Updated April 03, 2018. RegCure Pro by ParetoLogic Inc. has been discontinued. Although it hasn't yet been removed from most of the freeware download sources, the tool is no longer supported.

Based on numerous complaints on IT-related websites, the current RegCure Pro version available on the Internet can hardly optimize the system. It's dubbed as junkware and crapware due to lack of capabilities and intrusive marketing campaigns to foist licensed version.

Although RegCure Pro tend to be a powerful Windows optimization tool, we can hardly recommend using it now. Its developer fails to keep the pace with Windows improvements, which is why RegCure Pro's scan results may not correspond to reality.

Those who have been using RegCure Pro for many years should switch to another optimization tool for the sake of accuracy and system's protection. One of the most powerful optimization tools currently available on the market is ReimageMac Washing Machine X9. It has an inbuilt Avira-Antivir engine, meaning that it will also protect your device from malware.

RegCure Pro is a tool you should have on computer if you want to ensure fluent and uninterrupted performance of Windows registry and avoid annoying errors that may appear while using your computer. These days, many computer users are not aware of its importance to the processes of the system and fail to provide proper care for it. Windows registry is a vast, very important and complicated hierarchical database that is used to store configuration settings as well as options on Microsoft Windows operating systems. 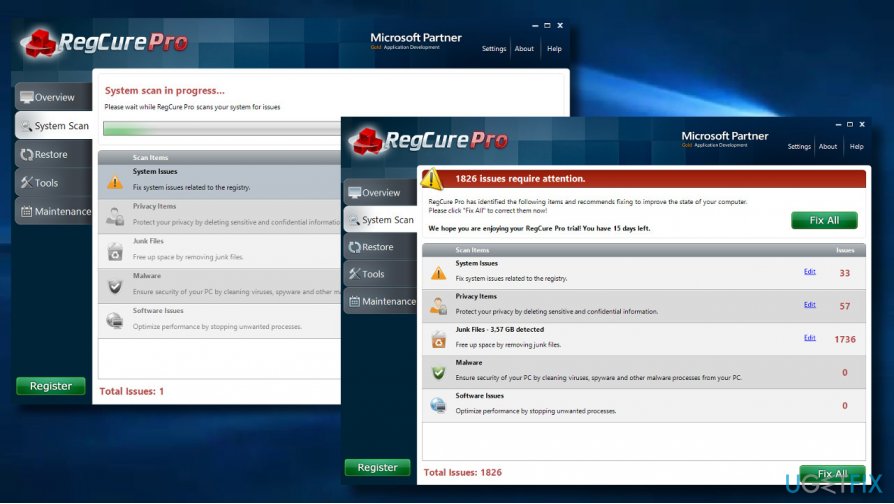 However, as the time goes by, users install and uninstall various programs and some of theirs files remain in the registry after the program is long gone. They are usually advised against modifying the registry by themselves as one mistake might have disastrous consequences on the overall functioning of one's computer, result in data loss and system's fail to load after rebooting it. However, files of programs that exist any longer and other registry errors may interfere with system's performance and cause slowdowns and other problems.

Therefore, we are presenting a professional tool which will take care of your registry and correct registry errors and optimize your computer's performance. You can trust it to detect and fix problems on your computer before they even start interfering with your work.

Developed by ParetoLogic Inc, a reliable producer of system optimizing tools found by four brothers in 2004, RegCure Pro offers a wide range of functions like correcting Windows registry errors, removing various viruses, malware and spyware, taking care of idle processes and managing startup, removing privacy files with confidential information, finding the right software to open files and so much more! Needless to say, these fixes will improve your computer's performance and optimize its processes. 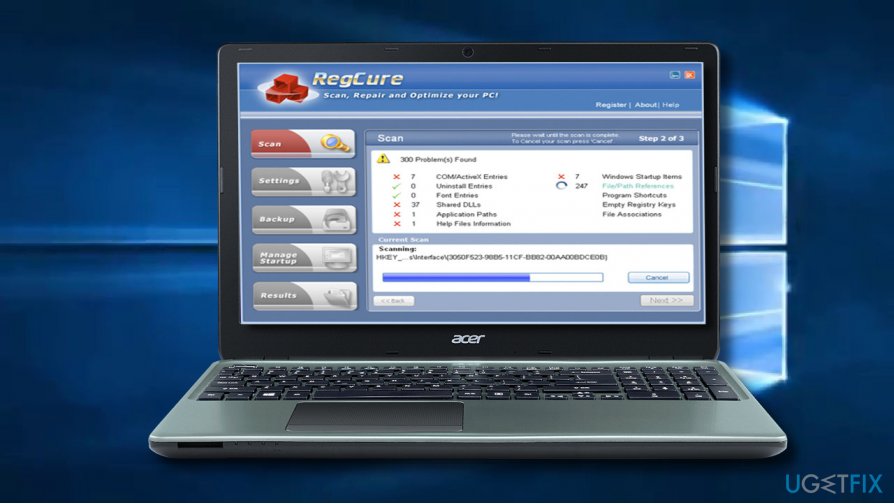 People who tried to fix computer with RegCure pro have given favorable reviews to this tool. In fact, it has received lots of positive reviews from such acknowledged tech reviewers like Paul Taylor from Financial Times who has mentioned the management of startup as one of the benefits of RegCure Pro in one of his reviews: “…it has additional features, including the ability to manage the programs that launch when Windows fires up.” Trying RegCure Pro will make you appreciate the difference between launching computer with managed startup and without it.

So, why should I select RegCure Pro?

If you want to take advantage of the best performance your computer can offer, you will definitely select this program. The functions integrated in it like cleaning registry, removing malware, dealing with performance issues, shutting down unneeded programs and removing confidential information and junk files to free space will speed your computer up and solve problems that would trouble you otherwise. 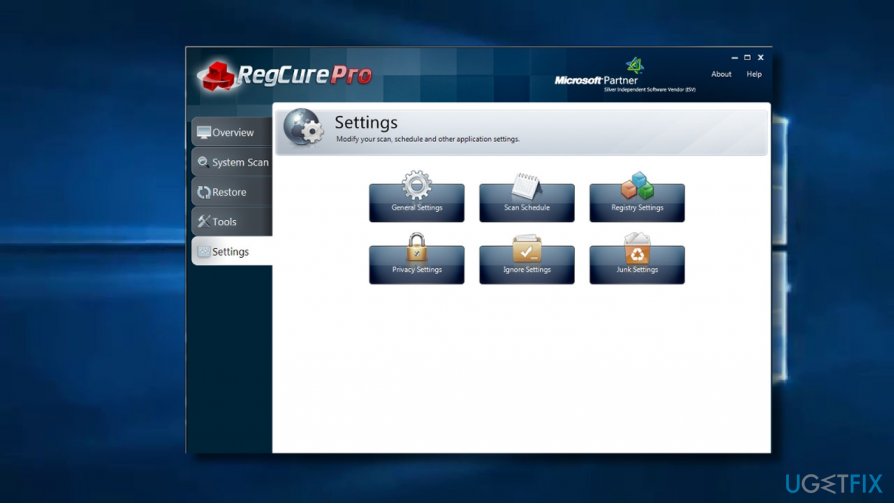 If this is not enough, RegCure Pro may be used to defragment the system and thus to optimize the memory further, help your computer to boot faster, turn off unnecessary Browser Helper Objects that slow your computer down as well as to take control of the restore points used to backup your system. So take advantage of this multi-functional tool and optimize your registry and system right now!

Offer
do it now!
Download
RegCure Pro Happiness
Guarantee
About the author

Lucia Danes is the news editor at UGetFix. She is always on the move because the eager for knowledge makes her travel around the globe and attend InfoSec events and conferences.

Reviews in other languages