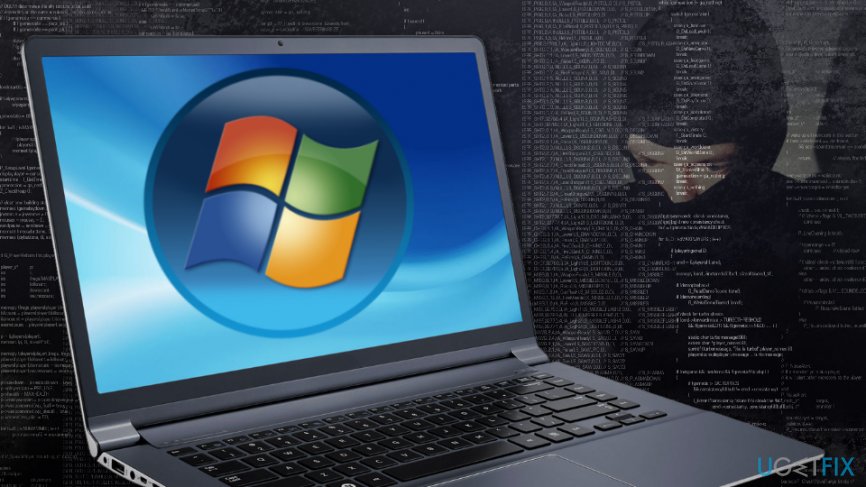 It’s not a secret that Windows 7 is the main target of ransomware and malware.[1] The unsupported operating system was the most affected OS by WannaCry ransomware last year.[2] However, Microsoft provided patches and security feature due to the high usage of the OS.

Unfortunately, not all Microsoft’s attempts to do good for the customers end up as expected. Recently, the independent security researcher from Sweeden Ulf Frisk[3] discovered that company’s attempt to fix Meltdown hardware vulnerability[4] made the situation even worse.

Microsoft introduced Meltdown patch for Windows 7 in January which was supposed to fix the flaw that allowed attackers to read kernel memory. However, goodwill became a “Total Meltdown,” because the company left a mug that let malware not only reading, but overwriting memory too.

Originally, Meltdown vulnerability allowed attackers to read the kernel information due to issues with PML4 page table permissions. The total Meltdown flaw made the memory not only readable but writable as well. Hence, attackers can do anything if they manage to hack into a device.

This brand new Windows security hole allows malicious programs, or any user who has access to a vulnerable computer can get administrator privileges, manipulate memory map of the OS, access or overwrite information in RAM. It goes without saying that passwords and other personal information can be stolen easily as well.

As soon as the issue has been reported, Microsoft released emergency security updated to fix the Total Meltdown which was released with security updates in January and February. Users are urged to install CVE-2018-1038 vulnerability which fixed the security issue:

An elevation of privilege vulnerability exists when the Windows kernel fails to properly handle objects in memory. An attacker who successfully exploited this vulnerability could run arbitrary code in kernel mode. An attacker could then install programs; view, change, or delete data; or create new accounts with full user rights.
[Source: Microsoft Security TechCenter][5]

The patch is issued via Windows Update. However, if you have disabled automatic updates, you should download it from the Microsoft’s Update Catalog.