How to Take a 360-Degree Photo and Upload It to Facebook?

Issue: How to Take a 360-Degree Photo and Upload It to Facebook?

I’ve noticed my Facebook friends posting 360-degree photos. I’m on vacation in Vietnam, so you can imagine how many magnificent views I have to share. Could you please be so kind and explain to me how to make and post 360-degree photos to Facebook? Thanks a lot!

Although posting 360-degree photos to Facebook is still a quite rare phenomenon, each active Facebook user will definitely find several friends posting exclusive 360-degree snapshots. These pictures are much more interactive as the usual ones because the viewer can see the different parts of the photo by moving or tapping the phone or tablet. While most people think that posting a 360-degree photo to Facebook requires a specific device (e.g. Ricoh Theta S, Giroptic 360 Cam, 360Fly or another camera) and knowledge, actually almost all users of newer tablets and phones can easily capture a 360-degree picture and post it to Facebook right away. As Facebook reports, all devices newer than iPhone 4S, iPad Mini 2, iPad Air, iPad Pro, Samsung Galaxy S5 or Galaxy Note 3 are suitable for capturing your surroundings is a single or several shots. Unfortunately, 360-degree photo capturing may not work on series of Android devices, actually on non-Samsung ones, but users of those devices have a solution – to use the Google Camera App. 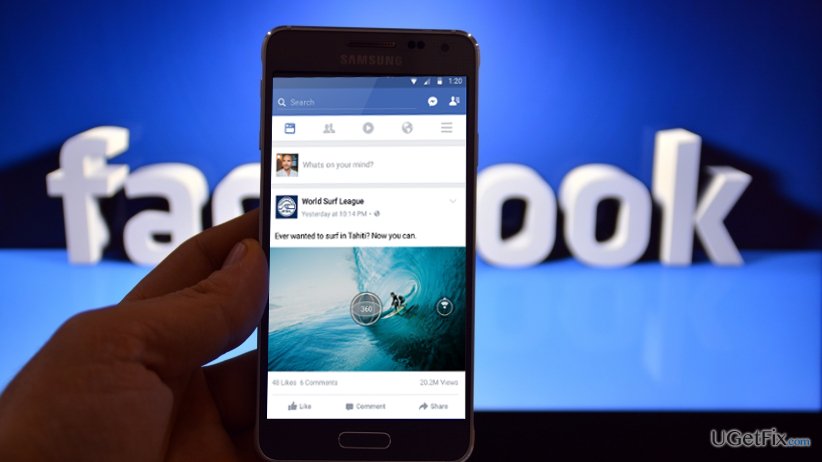 How to Take a 360-Degree Picture and Upload It to Facebook?

If you are using a smartphone, we can bet that you have tried taking a panorama photo, haven’t you? If you didn’t try that, then you should simply open the camera and find an option to take panorama photo. Then you will have to move your camera slowly over the area that you want to capture.

Smartphone users can select from various apps that enable 360-degree photo taking. At the moment of writing, Google Street View app us by far the most popular, so we will explain how to use it too. This app is available for both Android and iOS devices.

Posting a 360-degree photo to Facebook does not differ from posting any other photo from your phone.

Optimize your system and make it work more efficiently

Optimize your system now! If you don't want to inspect your computer manually and struggle with trying to find issues that are slowing it down, you can use optimization software listed below. All these solutions have been tested by ugetfix.com team to be sure that they help improve the system. To optimize your computer with only one click, select one of these tools:

What you can add more about the problem: "How to Take a 360-Degree Photo and Upload It to Facebook?" Cancel reply